Some new inductees into the Assembly of D'Keddes! Today I have a few more contrast paint commandos. The best thing I think about contrast paints is there is no massive gap between finishing stuff so I don't forget the paint combinations or highlights (especially now as there is none!). So anyhow, here's the pretty pictures....

Two Fat Hybrids and Some Half Orlocks

Recent games and the Psychic Awakening book have  made me redo my lists. Having painted up most of my Neophytes I had to get a bit creative, especially as I wanted another seismic cannon in my shotgun armed strike team. Also I have some spare special weapons to start doling out so I can swap loadouts and have the models to put on the table without having to refer to them as "that Neophyte with the flamer actually has a webber". I had some Neophyte torsos left over so I hacked apart some old Orlocks and hey presto! More cultists. I also chopped up the two gorkamorka  wartrack gunners to create a couple of chunky hybrids, one with the aforementioned seismic cannon and another with an autogun. I'm pretty happy with the results so hopefully they can start doing great work for the cult in the near future!

Also finished are Atalan Jackals. These are some of the best models in the Genestealer Cult range that for various reasons haven't been seeing a lot of table time recently. This will hopefully change as there are a couple of new opportunities since the PA book came out. 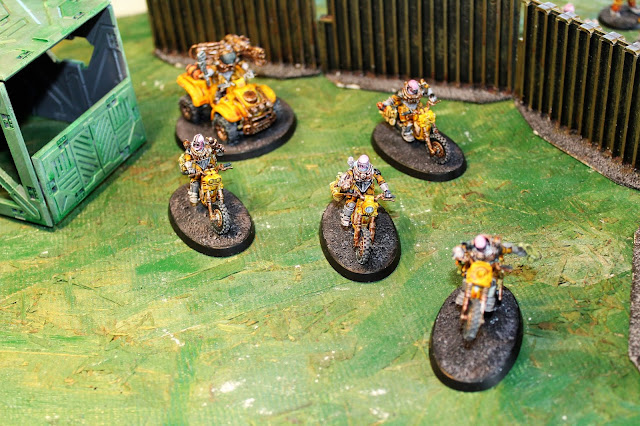 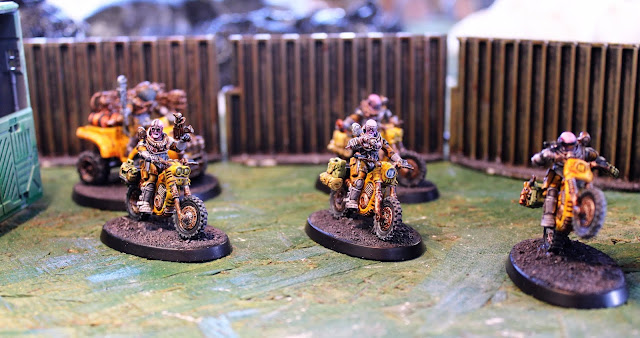 I have also finished up my Jackal Alphus which is one of the more effective and useful models in the GSC army. Anything that can give a +1 to hit for *all units within 6" on a specific target. Only now there is a strategem to increase that to 18"! This is massive and something I will be pissing off my opponents with in the near future.

Another completed character, the Abominant! Probably the most durable model in the cult army. Hits like truck too. Put him with a unit of Aberrants and there will be blood!

This isn't actually true. Most of the guys in my gaming group hate him. Those that have come up against him anyway. He got a 15 point hike in the last update and a 75 points is still a very good price. Deployed correctly he can take out characters and improve the shooting of the locals. Fantastic model too,

So there you have it, 15 more cultists to help overthrow the Imperium. Be afraid Imperium, be very afraid!


* Not really all. Those members of the cult masquerading as legitimate military employees are incapable of following the direction of a chick on a dirt bike. Come on GW, don't make my army out to be sexists! Allow my Leman Russ crew to be inclusive to all!